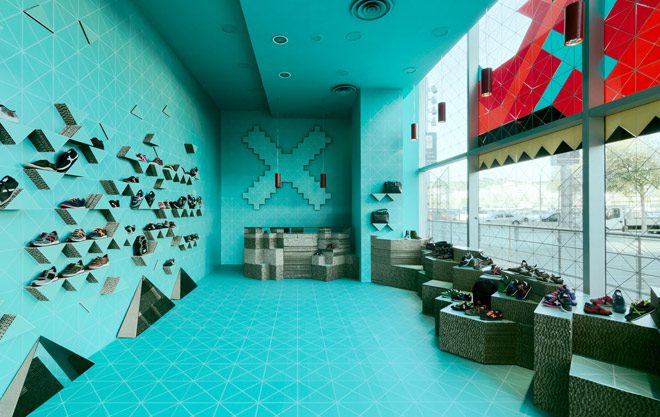 The sport shoes firm MUNICH just opened a new POP UP STORE at the The Machinist mall in Barcelona. STUDIO ANIMAL is the creative office formed by the architect JAVIER JIMENEZ and graphic designer ELI CAYUELA, who are the project´s authors. 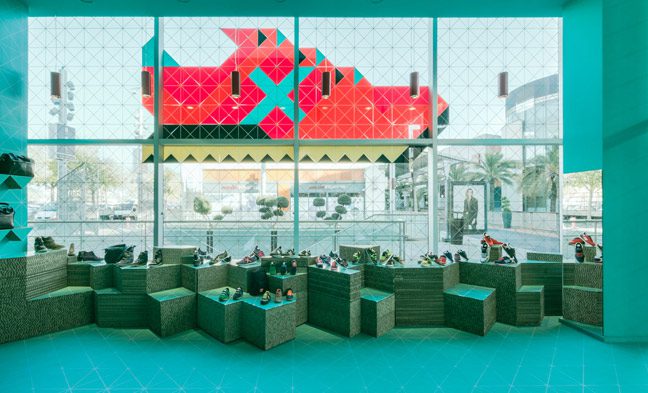 The space has a 50m2 area of showroom, which is organized following a strict triangular pattern (referring to the corporate identity of the brand). All items of the store are adapted to the geometry of the frame, creating a perfect integration between the architectural project, the furniture design and the graphic communication. 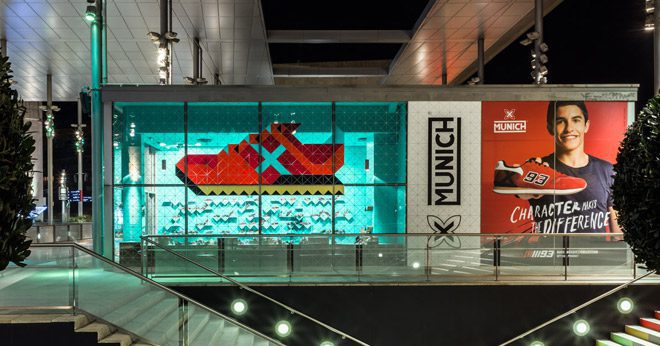 We have collaborated at the production of some furniture and exhibition pieces made of cardboard. Among them there is a huge showcase module over 6 meters long which includes seating and product exhibition. Besides, we have produced a counter, a poster that dominates the store (with integrated LED lighting) and more than 90 triangles that make up exhibitors at the wall. 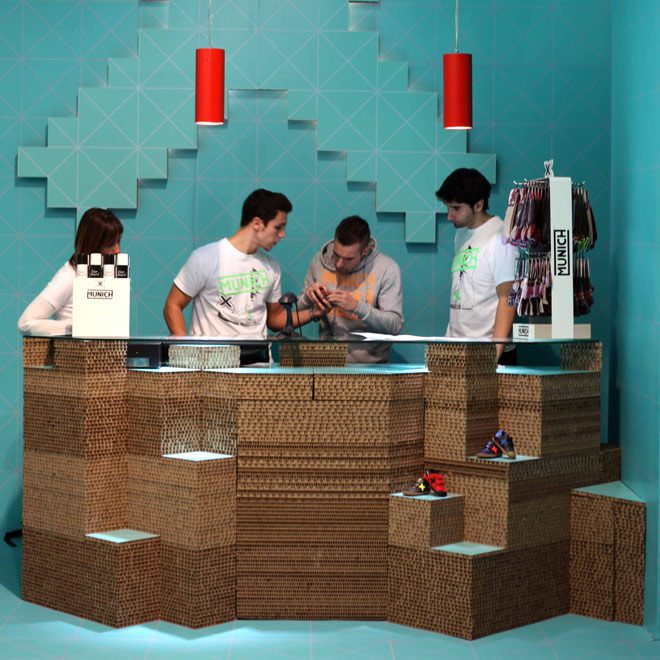 Installing the counter for the store made of cardboard.

In total, there has been used more than a ton of cardboard for the production process, it is 100% recyclable, punched digitally and with a direct printing finish. The installation and assembly of the elements in the store took place in only a few hours, since all designs were modulated and pre-assembled in the workshop previously. 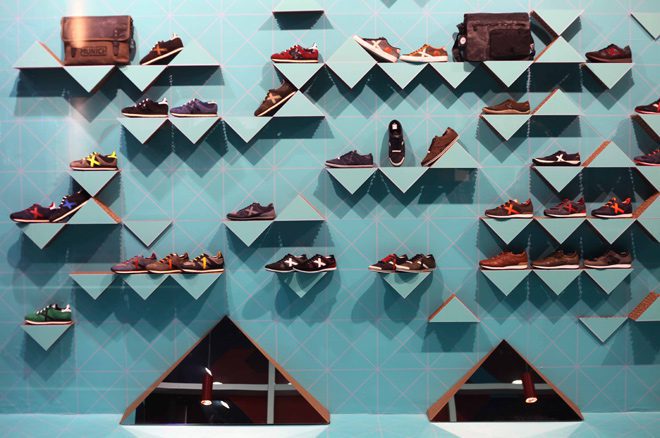 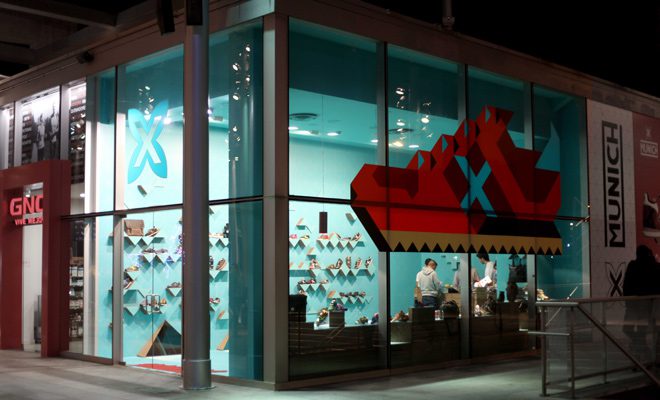 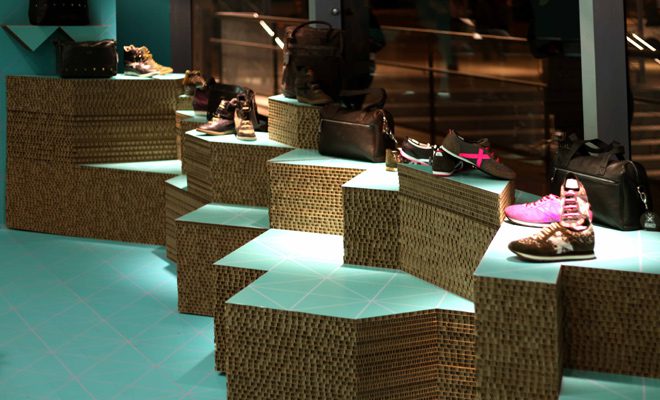 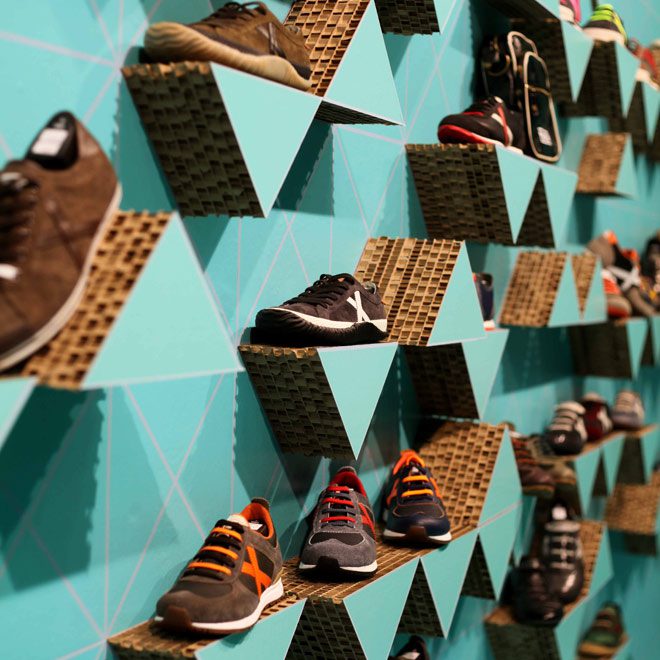 We are grateful to STUDIO ANIMAL, Javier Jimenez and MUNICH for trusting us to make this work possible. 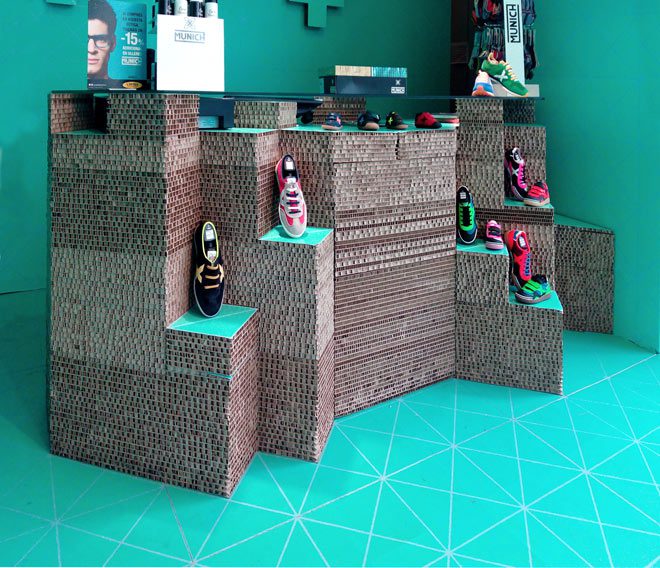 Exhibitor-counter for the store made of cardboard. 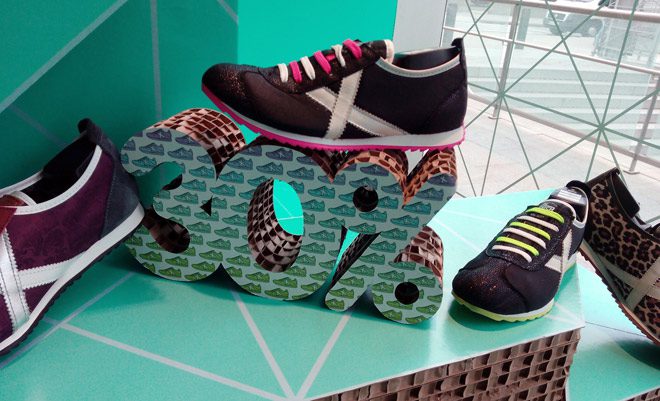 Article at Best Pop Up Stores 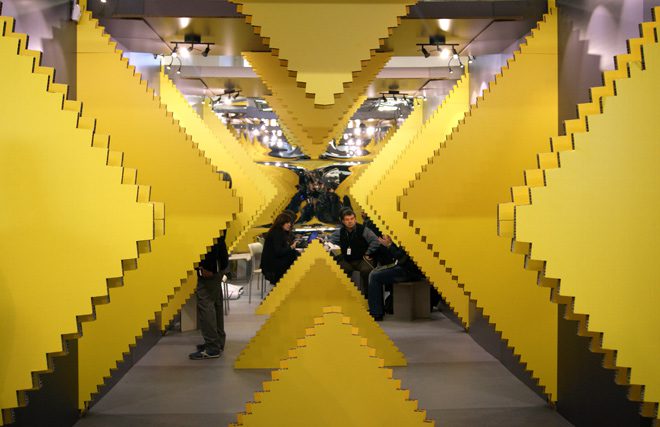 Cardboard trees, tables, chairs and others for a Retail Store in Europe