The design studio Cartonlab responsible for the design and production of the mundial worldwide event against child marriage in Malaysia. 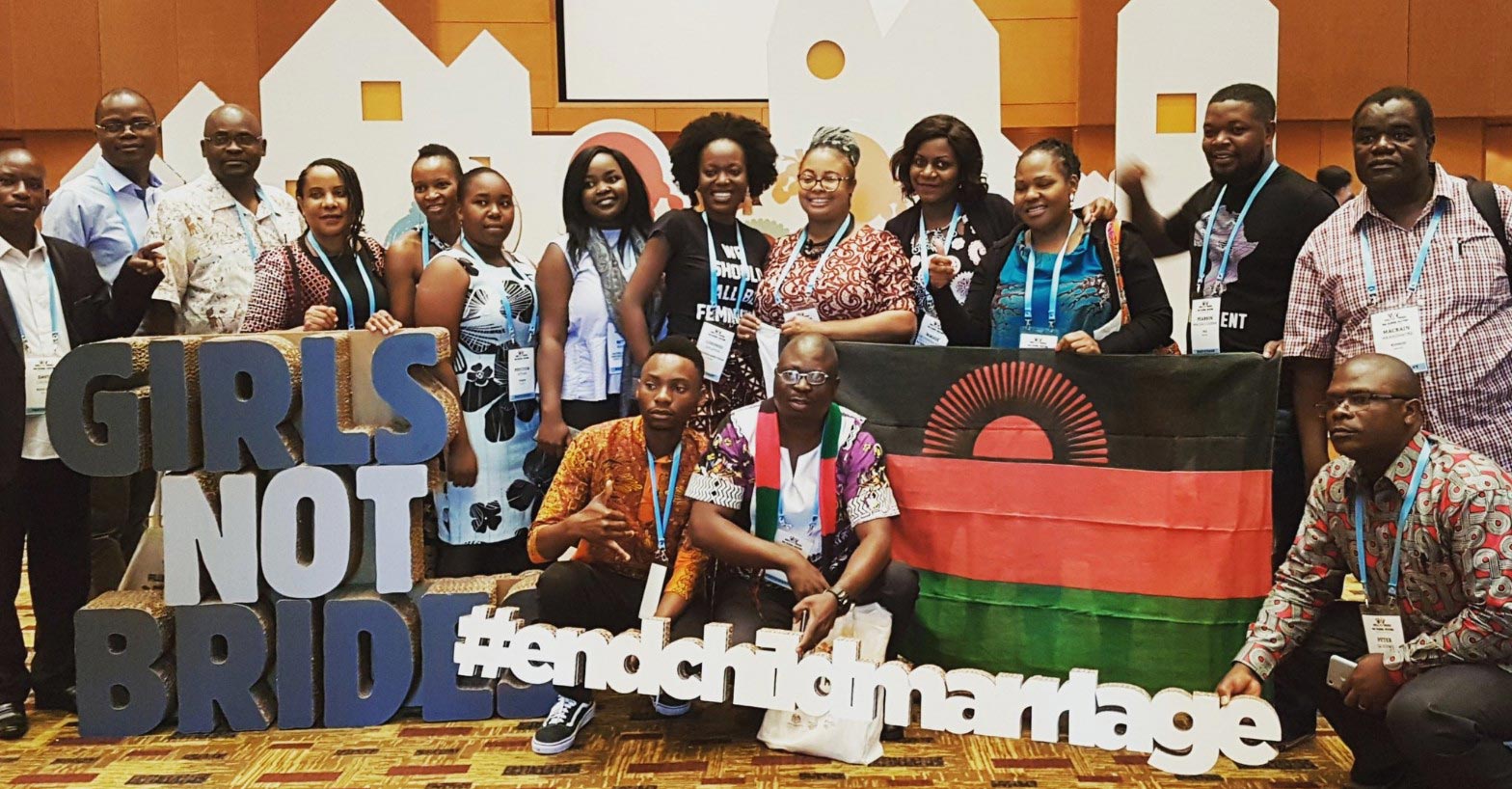 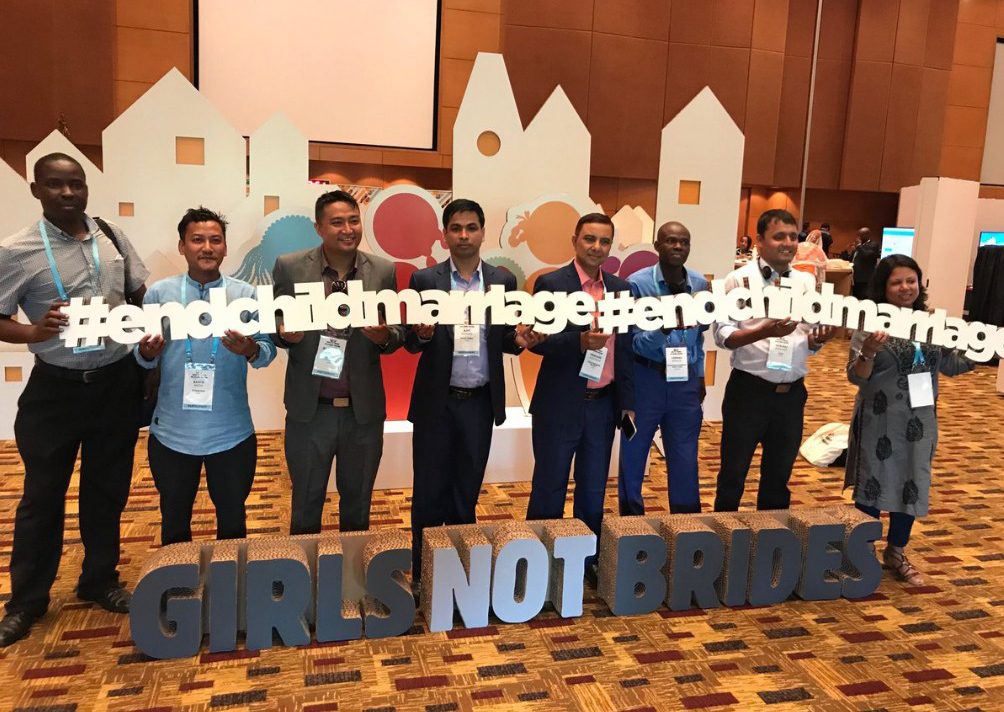 ‘Girls Not Brides’ is the omnipresent phrase during these days in each corner of the Kuala Lumpur Conventions Center with purpose of the second edition of this mondial meeting. It is wanted to share with the world a clear idea: child’s marriage is a social scour that needs to be fought with education, empowerment and law changes. 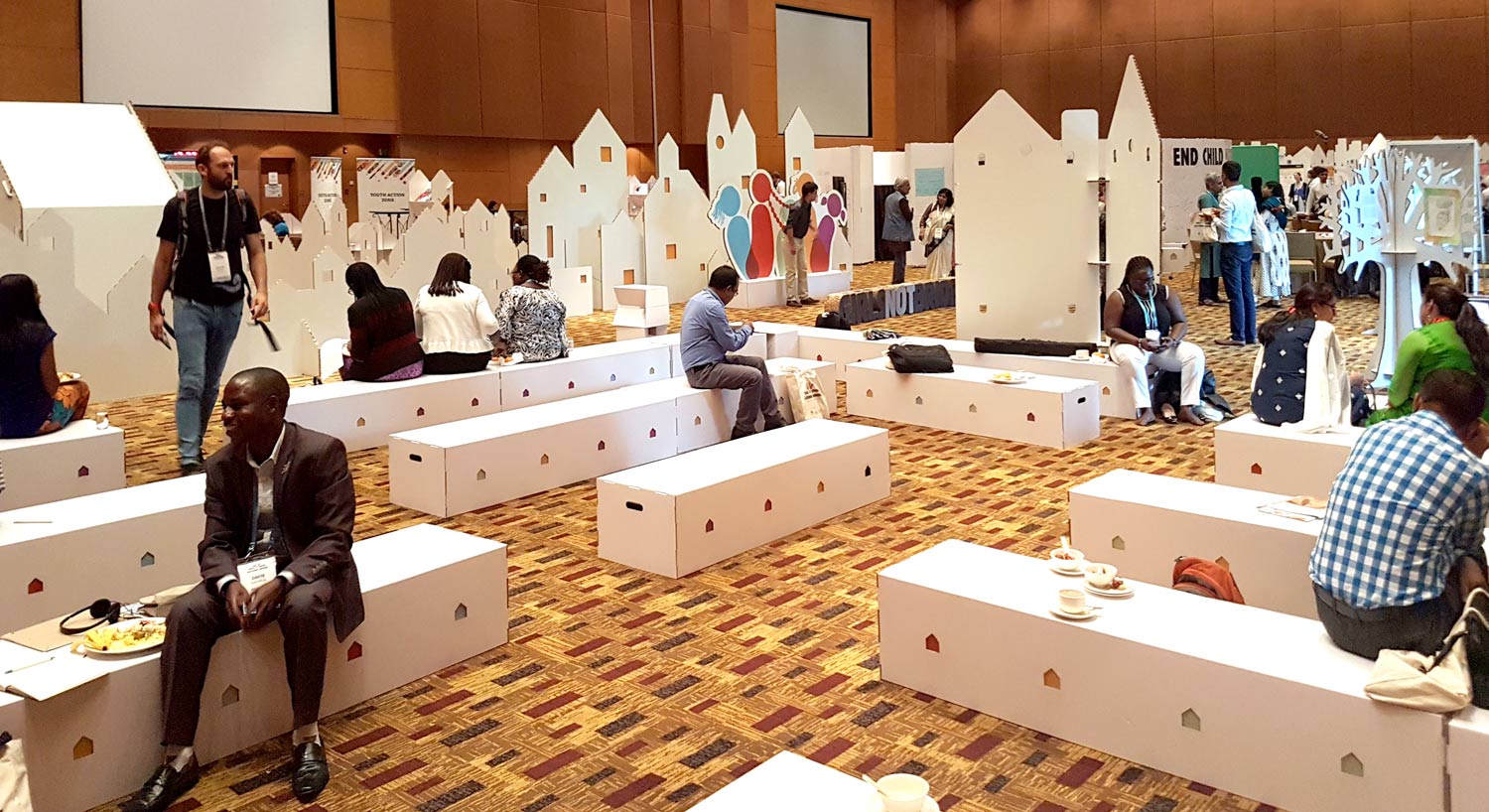 More than 800 organizers of the civil society committed with the cause have been present at the event. The design and production should meet the expectations and the values that the event represented. In addition to the main message against the child’s marriage, the organization has considered necessary to reduce the environmental impact of this meeting. To achieve that, some underlying messages have been included about the limited use of paper, the elimination of plastic items, the protagonism of recycling in the event production and the promotional gifts, the digital information sharing and the control of drinks and food origins. It is because of the confluence of all these values where the design studio Cartonlab, from Murcia (Spain) became part of the project. Its participation is articulated on some elements as visual as functionals to the development of the programmed activities. 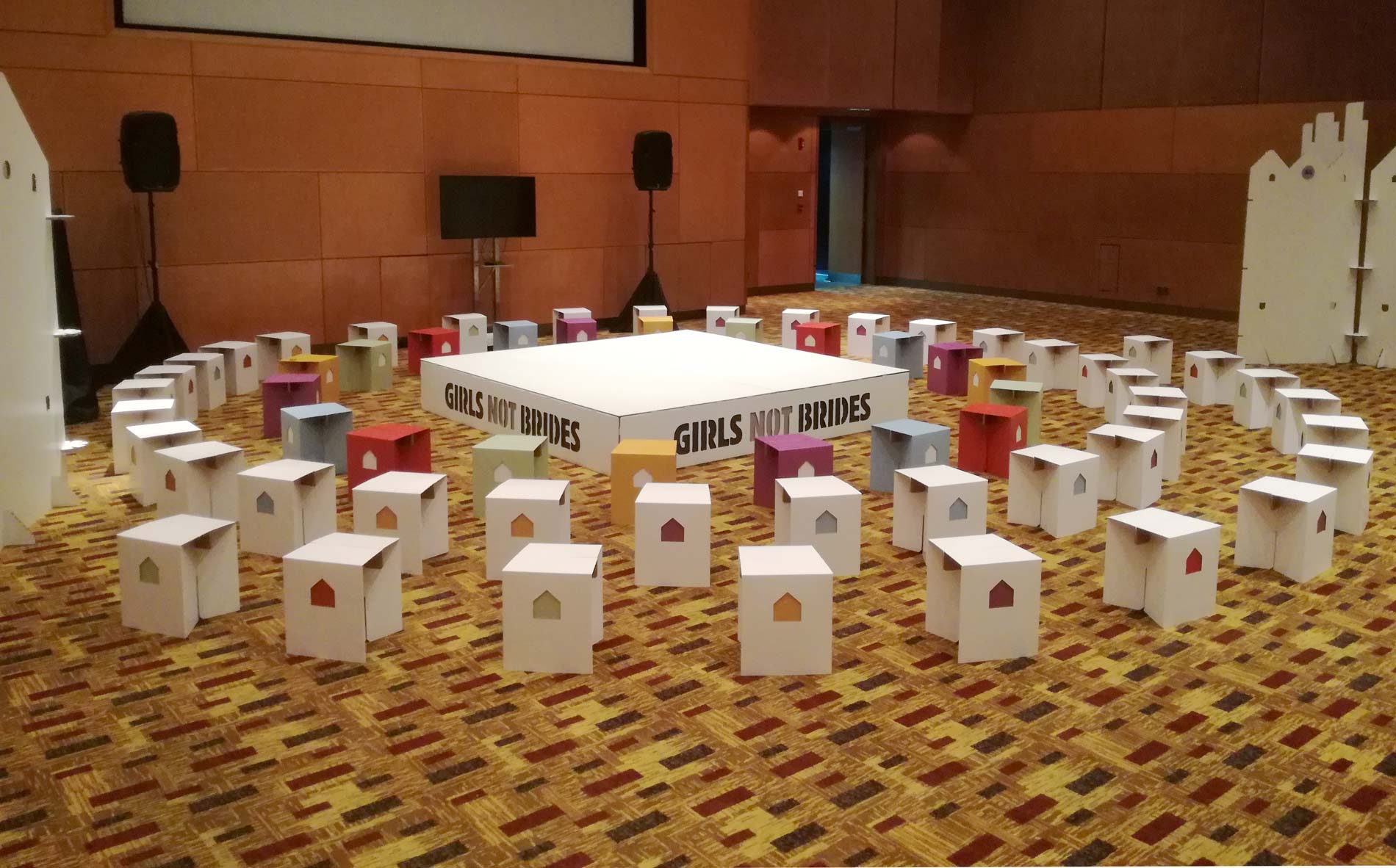 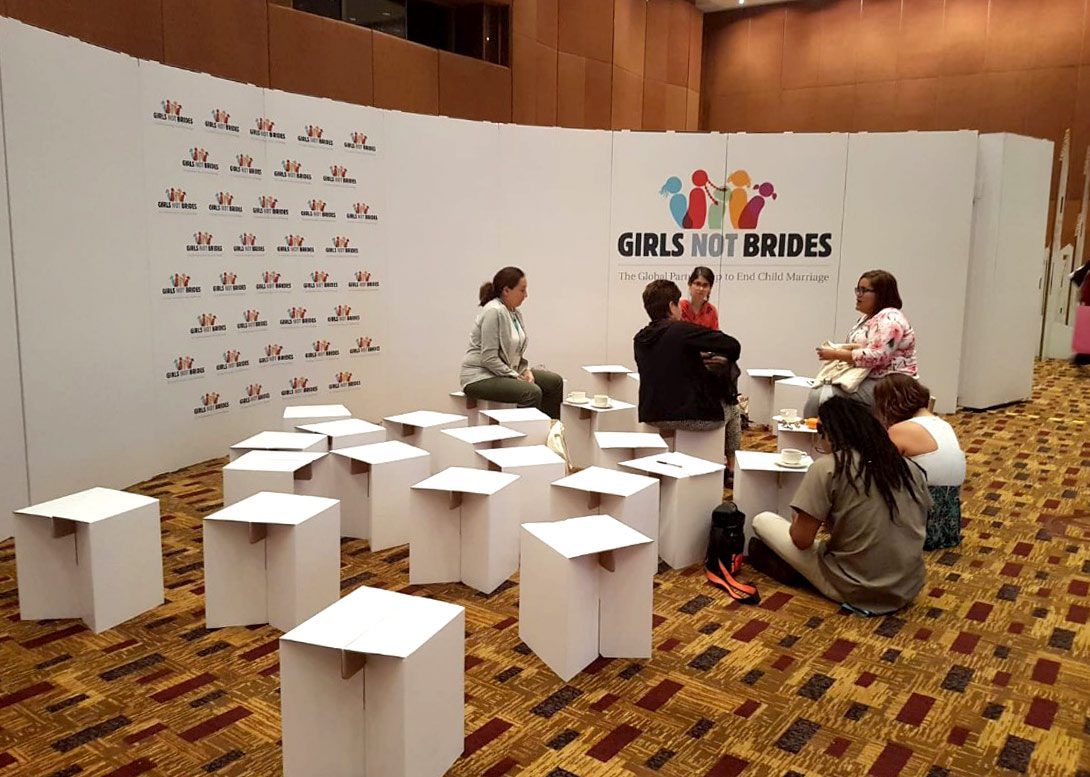 The ‘photocall’ is compound by three elements: a white rear that emulates a small town (a constant concept on this project design) with yellow windows, a colourful logotype printed on white cardboard and corporeal letters manufactured with multiple cardboard layers. The theme of the small town continues in the rest zone, which perimeter is topped with the same motive. In addition to all these elements, the 125 m2 space includes two houses with interior space that invites to have conversations or informal meetings. 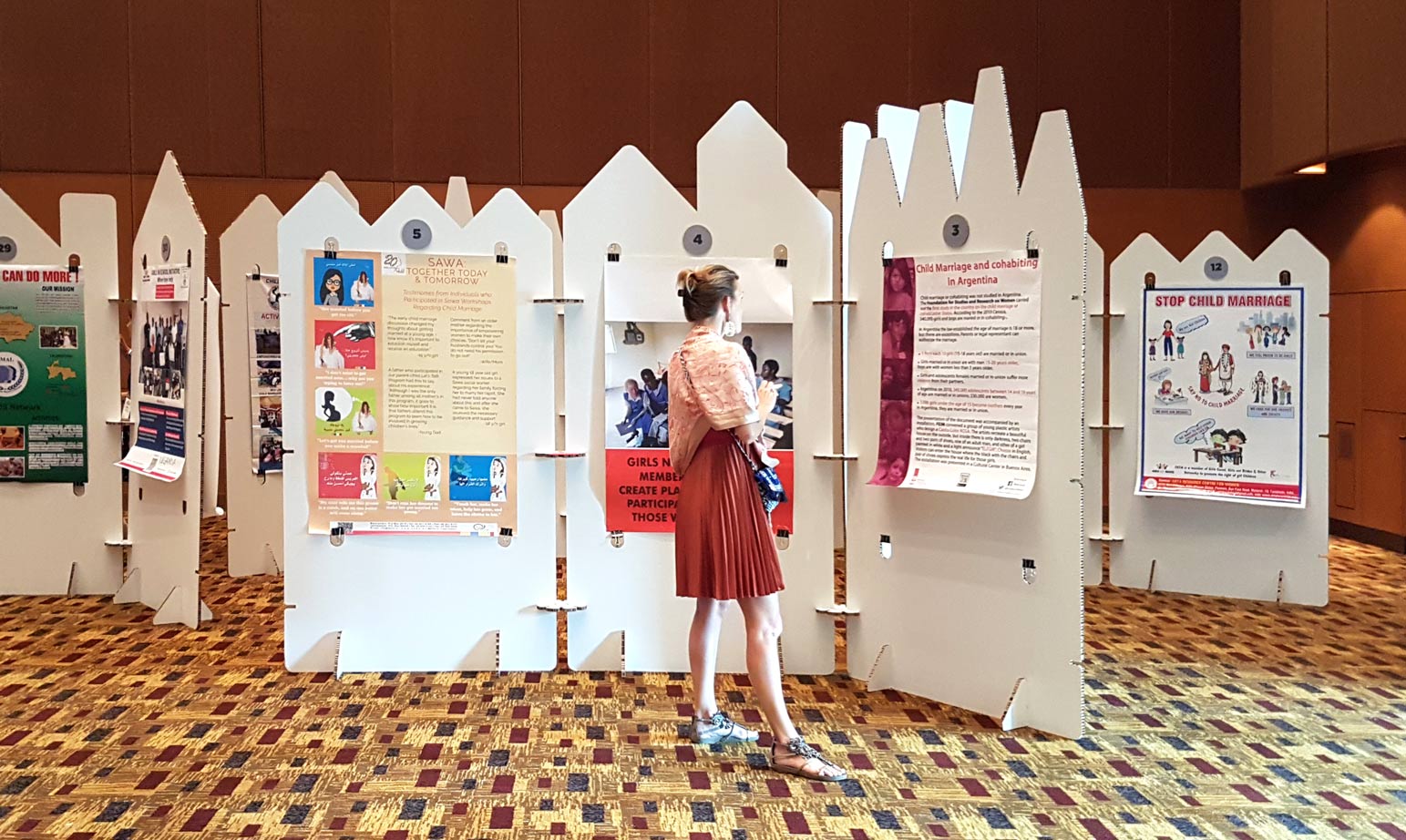 There is also a diaphanous meeting space where 23 units of modular benches can be used to watch great talks of the big stage. The sitting places are marked by little houses with the brand colours of the event die cut in each bench. There is also a second meeting space with similar characteristics but with stools instead of benches and with a smaller stage that includes FACETA chairs to be used by the speakers. The brand details of colour are repeated also on the shared zones of social media and interaction, more precisely on the higher stools of the exterior zone and also on the smaller of the interior. A series of modular panels limit both spaces. 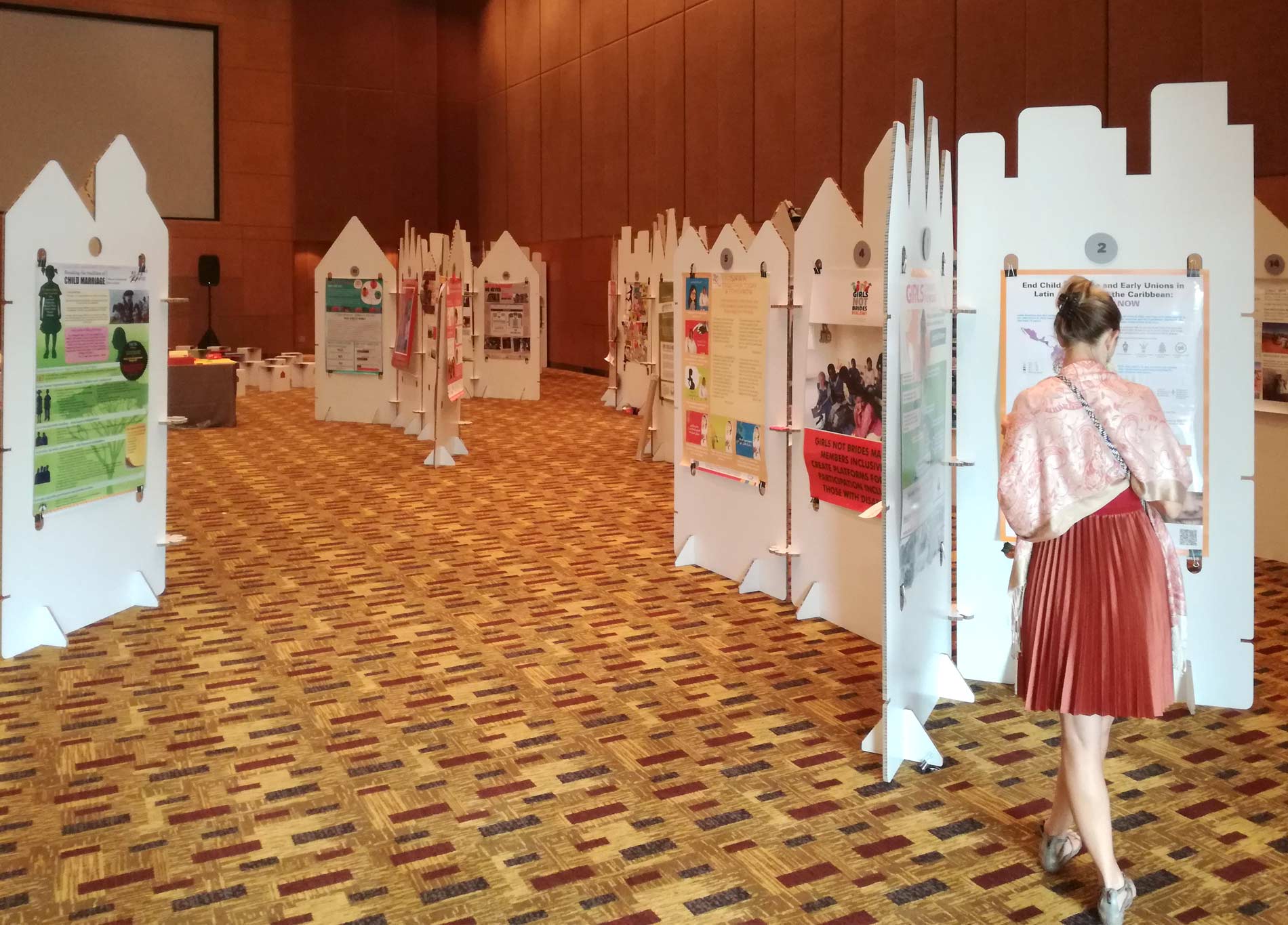 In the exhibition zone has been installed more than a hundred linear meters of modular panels that can be easily configured to meet the needs of the spaces and the graphics information. Together, they visually connect with the pretended small town imaginary because of the top design of every panel. 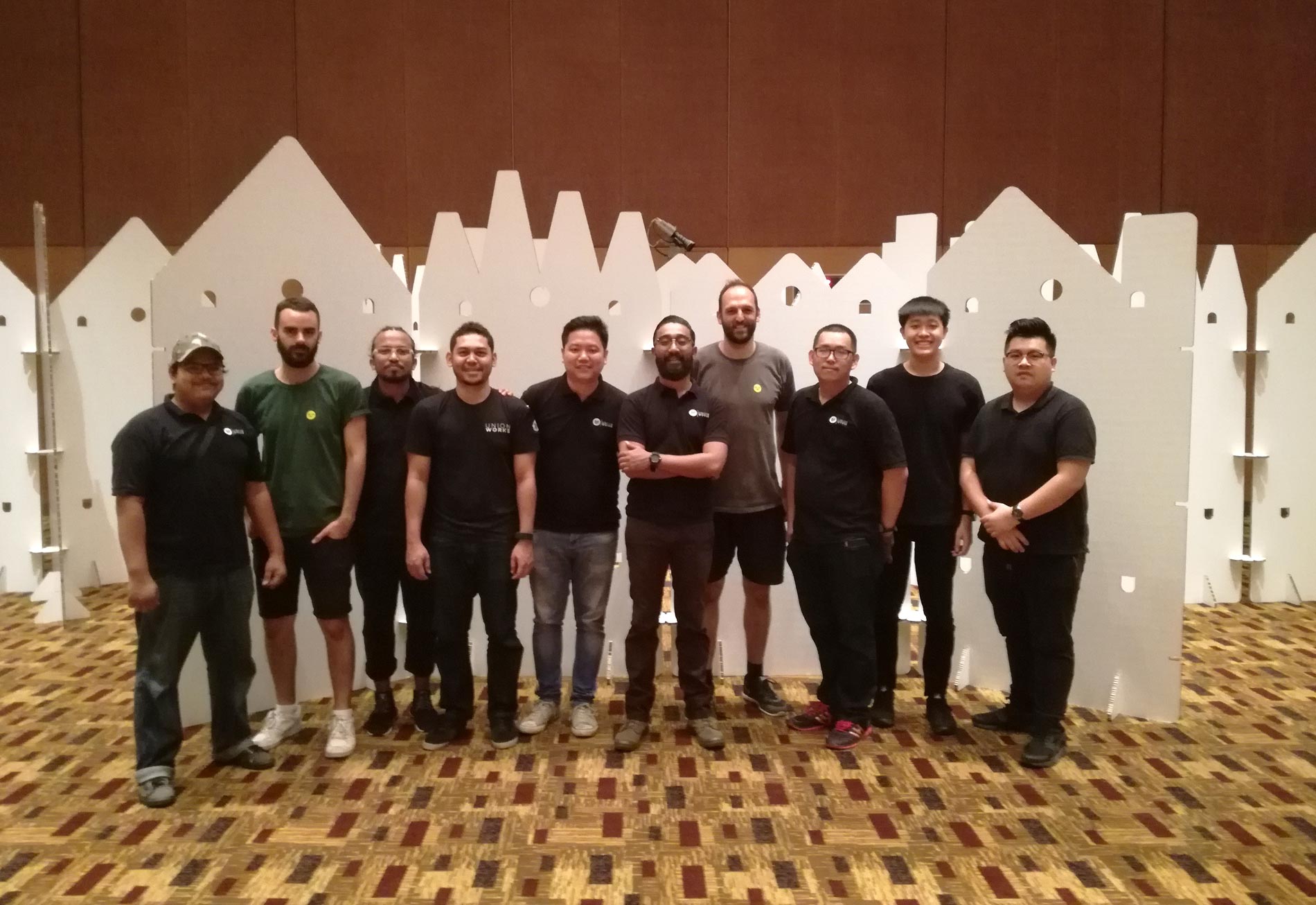 At Cartonlab, we feel proud to participate again in a great worldwide event with powerful values as #GNB2018. We have participated before on similar events as the production, design, and installation of the russian government pavilion at IUCN World Congress celebrated in Hawaii. This event was inaugurated by Barack Obama and reunited more than 10.000 people around the idea of the nature conservation.